St. Mark’s Catholic Church was the setting for the wedding ceremony of Cathy and Matt. They had booked me nearly 18 months in advance, so I had a lot of time to get to know them, both from their engagement session and from email communications with the groom throughout that time. Have you ever met a couple that were both super smart, but also super quiet? If so, then you know a little bit about this couple. Most definitely deeply in love, most definitely extremely evolved in their relationship skills. (did I mention SUPER smart?) The ceremony was a full Catholic Mass, and it was obvious that they were very involved with their church. The priest made mention of that many times. There was many very subtle moments between them. I had to keep my camera to my eye, focused, finger on the trigger, the entire ceremony. (there were many rewards for that in the photos). It was raining cats and dogs after the ceremony and quashed any hopes of getting them outdoors as we’d planned, but everything turned out exactly the way it was supposed to turn out. (in the bigger picture). The Virginia Beach Convention Center near the ocean front was their wedding reception and they did a great job with it. The rain refused to let up so we were relegated to that great big building for the duration. They had obviously taken dance lessons and meticulously rehearsed their first dance. It was pretty cool! Family and friends really poured the love onto this couple. Congratulations to Cathy and Matt! 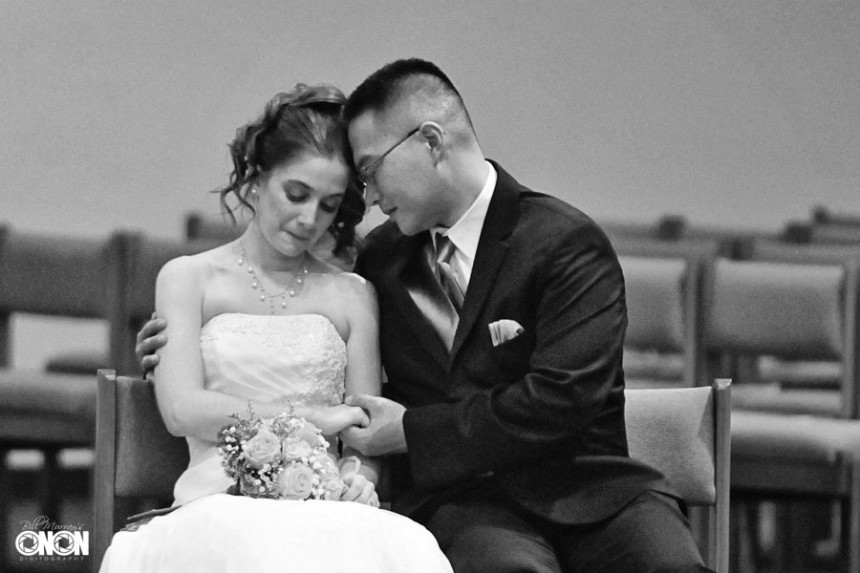